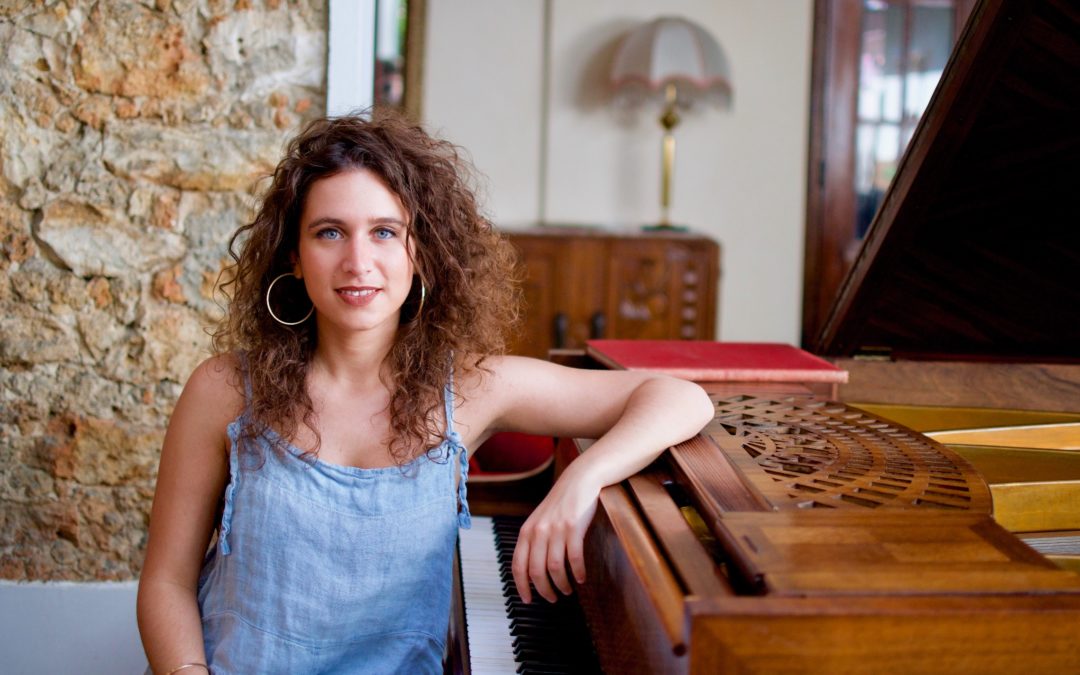 Erella Atlan is a composer, arranger and orchestrator based in Paris.

Originally from France, she spent 6 years of her life in Jerusalem, where she studied composition under Rafi Kadishson and Ayal Adler and classical piano under Dimitri Novgorodsky and Benjamin Oren at the Jerusalem Academy of Music and Dance. She is graduated “Bachelor of Music” in Composition in 2016.

In 2017, she receives a merit-based scholarship attributed by the Berklee College of Music allowing her to pursue her studies in Spain, at Berklee Valencia. There, she is graduated “Master of Music” in “Composition for Films, Television and Video Games”.

She will get the opportunity to record a part of her work at the legendary AIR studios in London as in Magyar studios, in Budapest.

During this year, she receives several other scholarships allowing her to fully focus on her music.

Since she came back to France in 2018, she has composed for several short movies, independent video games and dance projects. She has also been writing and composing songs for several singers as for herself, as part of her singer-songwriter project “Erella”

In 2019, she is nominated at the European Talent Competition from Soundtrack Cologne, for a score she composed for a short movie.

Shortly after, she is nominated at the Jerry Goldsmith Award in Spain in the “Best Score in a Free Creation Form” category for her composition “Marea Alta”, recorded at AIR studios in 2018.

In November 2019, she is selected to participate to the “Musiques en Courts” competition in France and she is awarded with the “Special Mention” of the professional jury, chaired by Cyrille Aufort.

In 2019 too, she starts working for Sony ATV China as a songwriter and composer. She attends a songwriting camp where she writes songs for famous Chinese artists like Ou-yang Nana (歐陽娜娜), Jing and Bird (张远).

She signs her first EP featuring 5 of her songs with Sony ATV, who will be releasing it in 2020.

She also starts a collaboration with the great samples libraries German company : Orchestral Tools for who she composes and presents her work in short videos filmed in their studios.

Erella Atlan is now working on her first feature film while she is also composing for several short movies projects and working on new songs for her singer-songwriting project as for other artists.